Everybody’s Golf: World Tour is a Sports game published by Sony Computer Entertainment released on March 28, 2008 for the Sony PlayStation 3.

Everybody’s Golf 5 introduces a modified version of the “3 click” shot system. Instead of relying completely on the gauge at the bottom to estimate the strength and slice of the shot, the new system encourages you to use the actual character’s golf swing to select the power. Once the strength of the shot is determined, the gauge disappears, and the accuracy of the shot relies on the player’s timing when the club hits the ball 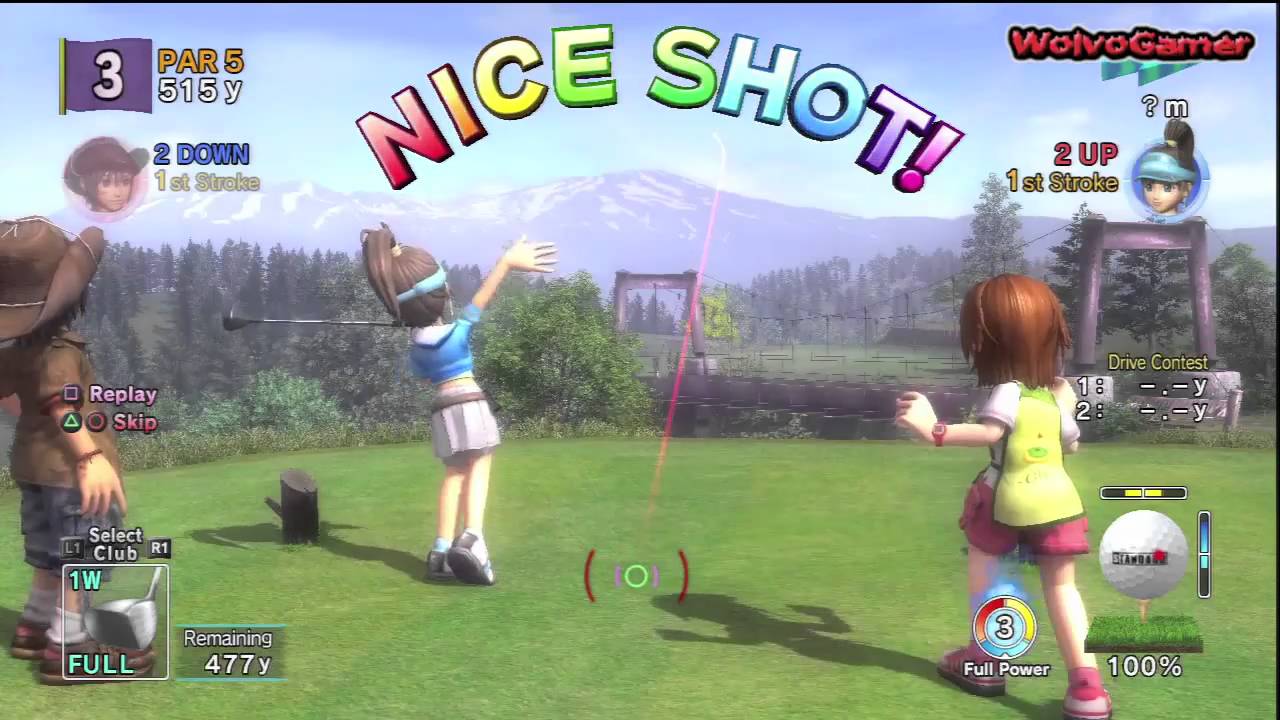 There is a challenge mode where you compete in various tournaments and against other computer controlled players to increase your ranking and unlock various items.

The game has had a large graphical overhaul, with nearly every visual aspect becoming more detailed and realistic.